Thousands of Nigerians Sign Against The Release Of Baba Ijesha 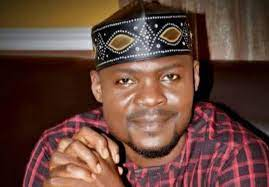 Over 1,200 Nigerians have signed a petition making rounds on social media, against the release of popular Yoruba actor, Olarewaju Omiyinka, popularly known as Baba Ijesha, after allegedly defiling a minor.

According to the police, the actor was arrested last week, after the foster mother of the teenager who he defiled, Princess, reported the matter to them.

Princess, who is a comedienne, told the police that the accused molested the girl when she was seven years old.

The arrest was made possible when the actor was caught in the act, through the help of a CCTV camera installed in the house of the complainant.

However, there are news making rounds that the actor may be released on Friday. According to the source, the police said due to the ongoing strike by members of the Judicial Staff Union of Nigeria, courts had ceased sitting and the suspect could not be detained indefinitely without trial.