Sir Richard Lexington Sutton, stabbed to death in an attack at their Dorset mansion 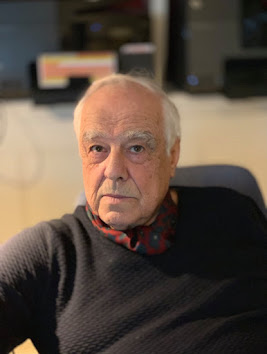 Sir Richard Lexington Sutton, an 83-year-old Baronet, was attacked inside his £2million home in Higher Langham, near Gillingham, Dorset on Wednesday, April 7.

Anne Schreiber, his second wife is also believed to have suffered knife injuries in the attack at the home. , was airlifted to the Southmead Hospital in Bristol. Her condition was today described as 'critical'.

'Sir Richard was a caring, generous and warm family man, who genuinely regarded those who worked for him as part of his extended family.

'Sir Richard was passionately devoted to both his company and its people, setting the highest and standards for quality in the hotels, farming and property interests within the group.

He has two children from his first wife Italian Fiamma Sutton, has two children, son, David, 61, and daughter, Caroline, 55, as well as five grandchildren.  He also has three children, two daughters, and one son with his second wife