How Five Of Us Regained Freedom 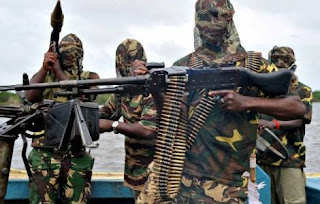 Francis Paul, one of the 39 abducted students of the Federal College of Forestry Mechanization Mando in Igabi Local Government Area, of Kaduna State, has narrated how five of them regained freedom.

Paul, who is a 200 level undergraduate of Agricultural Technology of the college, narrated his ordeal in the kidnappers’ den, noting that it was not a nice place to be.

Recall that on Thursday, March 11, 2021, some bandits invaded the school located opposite the Nigerian Defence Academy along the Kaduna International Airport road and kidnapped 39 students.

“It was on the 11th of March that we were taken from the hostel. The bandits came and woke us from our sleep and took us out of the compound. They told us to lay on the ground.

“After they asked us to lay down on the ground, they took us through where they broke the fence with digger outside the school.

“It was when they took us through the fence out of the hostel that we saw many of them outside with bikes. It was from there that they took us from one place to another.”

Speaking about how the five of them were released, Paul said, “We were just on the roll in the afternoon, some of them just came and started selecting us and by that time, I am very ill and they asked me to sit up and that I should get up and then selected other female students. They put us on the bike and dropped us on a nearby village close to the main road and told us that when we get to the main road we should ask of a particular village.”

“We are just praying to God that God should just release us from that place because those people don’t really know God. They don’t treat us like people who know God,” he concluded.