Do Not Take My Good Intentions For Weakness - Putin To US 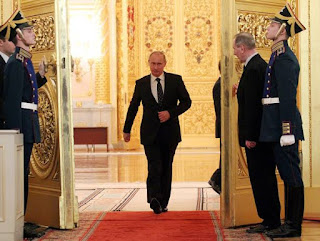 Russian President, Vladimir Putin has warned the US and NATO not to cross a the line with Russia and condemned what he called a coup plot against the Belarus government.

Speaking in his annual state of the nation address, Putin claimed that the West shouldn't misjudge Russia as tension mounts over a possible Russian invasion of Ukraine and Russia's jailing of Putin critic Alexei Navalny.

Putin added that Russia wanted good relations with all countries, but there were constant attempts by Western powers to "pick on" Russia.