US President And $1/9 Trillion Covid-19 Package: Biggest Ever Made In History 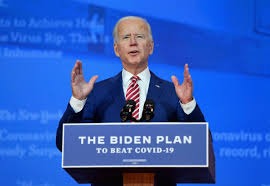 The US president has created history by signing into law $1.9 trillion as a relief package for poverty caused by the pandemic.

The bill passed through congress with no delay and has been enacted into law.

Known as the American Rescue Plan Act (ARPA), is expected to pull millions of Americans out of poverty but some economic experts frown at this believing this law causes a deficiency in federal reserves.

“This historic legislation is about rebuilding the backbone of this country and giving people in this nation – working people, middle-class folks, the people who build the country – a fighting chance,” this is president Biden speaking from the Oval Office on Thursday before signing the legislation.

“That’s what the essence of it is,” he said.