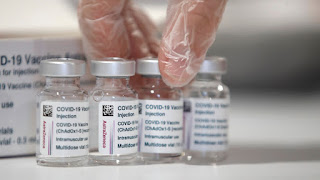 Reports of blood clots in people who have received the covid-19 vaccine developed by AstraZeneca and the University of Oxford have caused many countries in Europe and Asia to suspend its usage.

Some recipients of the vaccine have reportedly developed blood clots which occurred after they received the vaccine.

Denmark, Norway, Iceland, Bulgaria, Luxembourg, Estonia, Lithuania and Latvia are among the European countries leading the pack. In Asia, Thailand is the only country suspending vaccinating its citizens over the side effects of this vaccine.

Some countries rather than stop the vaccine entirely, put bans on specific batches of the AstraZeneca vaccine. Italy is part of this group after a teacher died after vaccination on Saturday. Italian newspapers reported a ban on batch ABV5811 though the government issued a ban on batch ABV2856.

Austria has also suspended the use of another batch of AstraZeneca