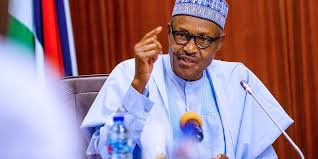 President Muhammadu Buhari yesterday condemned Saturday’s attack on Benue State Governor, Dr. Samuel Ortom, and welcomed the decision of the Inspector-General of Police, Mr. Mohammed Adamu, to unveil those behind the assassination bid with the aim of bringing them to book.

The bid to kill the governor, by gunmen suspected to be herdsmen, drew more outrage yesterday as the Nigeria Governors’ Forum (NGF), the umbrella body of the 36 state governors, Northern governors, Ortom’s colleagues in the Peoples Democratic Party (PDP) and a former President of the Senate, Senator David Mark, expressed shock over the incident.

Yesterday, Adamu deployed a special squad to Benue State to assist the ongoing investigation on the attack. He also directed the state police command to strengthen security efforts in the state.